ISL: FINA Delaying Agreement ‘Because They Know Time Is Critical’ 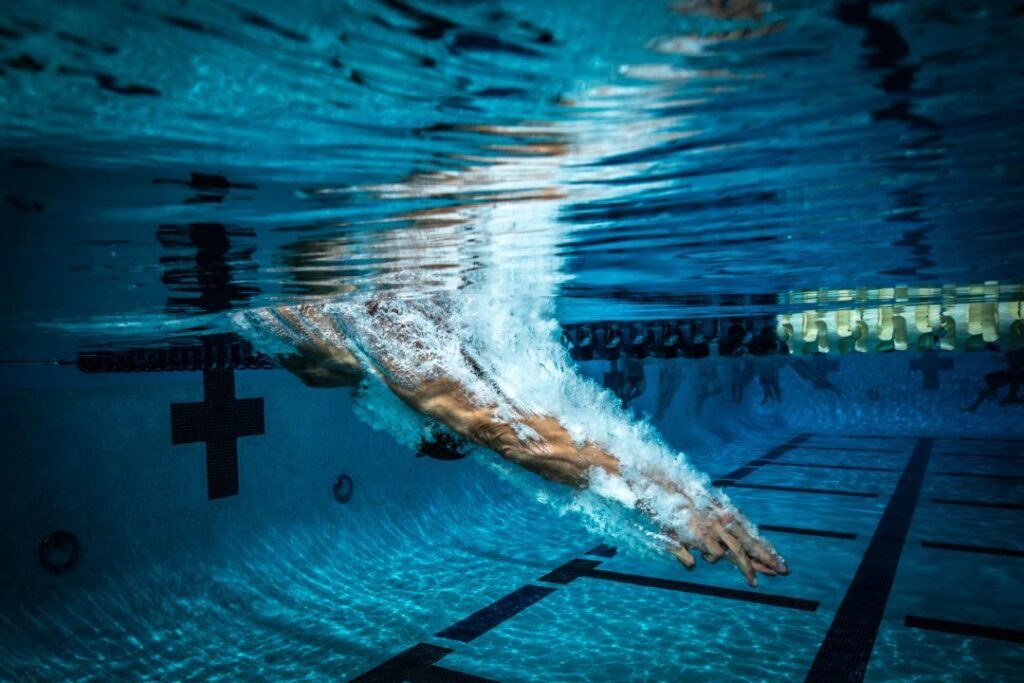 The ISL is a body that envisioned a series of swim meets it says would focus on financial benefits to athletes. But the organization has had an ongoing conflict with FINA, the international federation governing aquatic sports. ISL officials say they have been trying to approve a December meet with FINA for more than a year.

“We started to negotiate more than one year ago,” said Dmitriy Kachurovskyi, an ISL official and organizer of the Energy for Swim 2018 meet. “And we’re still in the process of negotiations and we still have no agreement. They are playing with us because they know time is critical.”

The conflict went fully public in June, when FINA sent an open letter to its member federations announcing that it would not recognize the ISL nor any event the ISL organized. Kachurovskyi says that when FINA made clear it wouldn’t approve an ISL meet, the meet changed to a form not officially connected with the ISL (though it’s still organized and funded by many of the same groups and people).

The meet is now being hosted by the Italian swimming federation, whose president, Paolo Barelli, ran against current FINA president Julio Maglione in a very contentious election last summer.

When Barelli and the Italian federation stepped in, the meet was framed as a national-level competition that could be hosted by the federation and wouldn’t need special FINA approval. But FINA contacted federations with a stricter interpretation of its rules classifying “national” or “international” meets, ruling that Energy for Swim would be an “international” meet because it was designed to have a “majority of foreign participants.” This requires the Energy for Swim meet to get FINA approval, but the approval must be obtained six months before the meet. Because FINA’s interpretation was publicized only recently, that requirement is impossible for organizers to meet – even though meet organizers say they’ve been trying to get approval for more than a year.

“They decided to destroy this event,” Kachurovskyi said of FINA’s rule interpretation.

We’ve repeatedly asked FINA for comment on the subject, but have not received an official response. SwimSwam has obtained documents that spell out at least some of the federation’s case. FINA contacted members of its bureau to clarify the rules interpretation, and the Russian federation recently published in full the October 30 memo FINA sent to its member federations to reiterate that the Energy for Swim 2018 event is not recognized by the international federation. That letter, which you can see in full here, references General Rule 4, which spells out bans between 1 and 2 years for “any individual or group” who “have any kind of relationship with a non-affiliated or suspended body.”

Kachurovskyi also said that FINA’s recent decision to increase prize money for the Short Course World Championships is a direct response to the ISL format, which has focused heavily on athlete compensation.

“We created competitions to give swimmers more advantages,” Kachurovskyi said. “This is the first win for athletes, and ISL is happy to be part of that.”

Kachurovskyi said the timing of the prize money increase raises questions about why FINA wasn’t previously offering athletes as much prize money.

“Why did they decide to do it right now?” he said. “Nothing changed in their income, as far as I know.”

Kachurovskyi says the ISL has created a budget in which nearly half of funds go back to athletes in some form or another. 20% of ISL money goes to prize money for athletes, 15% to participating clubs and 12% to a combination of medical insurance for athletes and appearance fees. The remainder of the budget (roughly 53% based on those numbers) goes back to the ISL to fund future events. In our interview, Kachurovskiy questioned what FINA’s budget breakdown looks like; we asked FINA for more information but have not yet received a response.

A Waiting Game For Athletes & Federations

Kachurovskyi says meet organizers are currently waiting for a decision from the Italian federation on whether the meet will proceed. For now, athletes who compete at Energy for Swim could face bans between one and two years, though legal precedent suggests those bans may not hold up legally. FINA rules stipulate that national federations hand out suspensions. We haven’t received confirmation that federations would or wouldn’t comply with those rules, but federations themselves could be sanctioned by FINA for disobeying standing FINA policy.

We talked to USA Swimming about the possibility last week and were told the decision would actually lie with United States Aquatic Sports, the umbrella federation governing all aquatic sports in the U.S. When we requested comment from USAS president Bill Smith, we weren’t given official comment but were directed back to USA Swimming.

The threat of suspension hasn’t stopped athletes from signing contracts to swim in Torino, though there’s no guarantee all the contracted athletes would compete if the meet proceeds as an unauthorized competition. (Additionally, Energy for Swim has said it will still pay 50% of appearance fees to contracted athletes even if the meet is cancelled). A number of athletes have signed since FINA’s rule interpretation went public.

British breaststroker Adam Peaty publicly supported the event when he signed last week. He told the BBC that he believes in the ISL format, and that “it’s what the sport needs.”

Peaty, one of the top few swimmers in the entire world right now, has been a public critic of FINA and a supporter of unionizing professional swimmers.