Litchfield, Szaranek, Scott, and Coleman Sign on for Energy for Swim 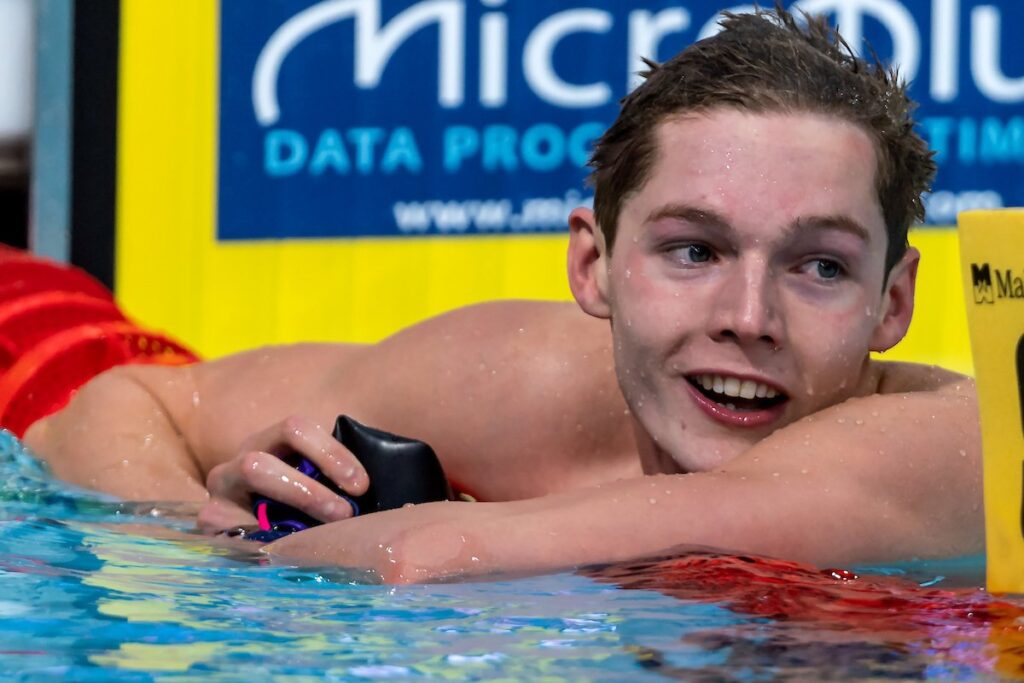 While the names were announced today, organizers cited confidentiality clauses when asked whether the athletes signed before or after FINA voted in a new rules interpretation that would seem to block the meet from being sanctioned by the Italian Federation. Organizers did say, however, that the contents of their agreements has not changed after recent developments.

Scott and Litchfield, both of whom were previously announced as having committed via email, were both members of the 2016 British Olympic team. Scott won silver medals on the 800 free and 400 medley relay, while Litchfield finished 4th in the 400 IM. Litchfield withdrew from both the 2017 World Championships and 2018 Commonwealth Games, citing shoulder problems specifically in the latter decision, Scott would win 2 more medals at the World Championships, 6 more at the Commonwealth Games (including a 100 free gold individually), and 4 more at the European Championships (including a 200 free gold individually).

Szaranek is a new name in the mix that wasn’t previously announced. The Scotsman swam collegiately at the University of Florida and won a pair of medals, including 400 IM silver at the Commonwealth Games earlier this year representing his home nation.

The Swede Coleman returned to competition earlier this fall after a 7-month racing hiatus. In the brightest moments of Sweden’s women’s contingent, she swam with Sarah Sjostrom (also committed), Louise Hansson, and Magdalena Kuras to win a European title in the 400 free relay. A year later, Coleman also swam on Sweden’s World Championship silver-medal winning relay.

The meet is schedule to be held in Turin, Italy from December 20th-21st.