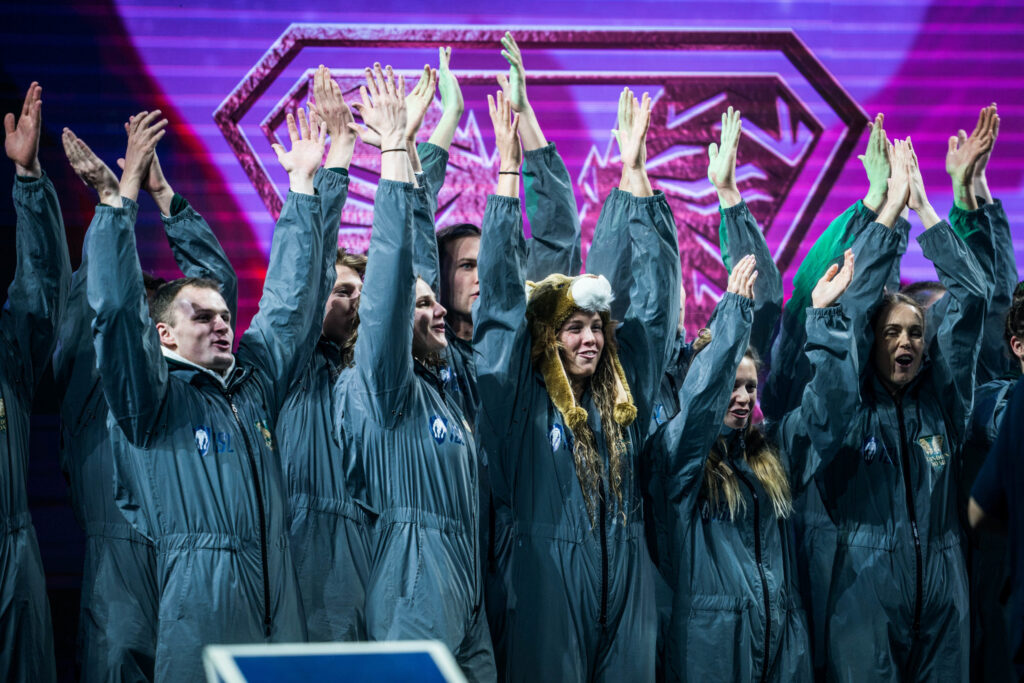 In the inaugural season of the International Swimming League, perhaps there was no team dynamic quite as unique as the one general manager Rob Woodhouse created within the London Roar.

Traditionally sporting rivals, Woodhouse combined many of the best Australian swimmers in the world with some hometown talent from Great Britain. Sprinkling in athletes from eight other nations — Brazil, Canada and other countries in Europe — he created a truly diverse club.

This was one of the priorities coming into his role as GM.

“A multi-national team was a big objective as we believed this provided a unique and exciting point of difference for the athletes,” said Woodhouse, an Aussie himself who won Olympic bronze in 1984 in the 400 individual medley. “It was great to sign so many of the top Australians, but nationality wasn’t a huge priority and we ensured this wasn’t seen as a largely Australian based team.”

Having a combination of swimmers with pre-existing relationships along with some new faces helped create an atmosphere within the team that made them poised for success.

“It was a truly unique dynamic that worked well for the athletes and for the team. As we see in swimming teams around the world, friendships were forged that will last a lifetime.”

Not only were the Roar a diverse squad on paper, but in the water they proved to be a juggernaut.

The club rolled through its first two matches in Group “B”, earning decisive back-to-back victories over strong opponents in the LA Current and Iron. This set them up well heading into the European-Derby and ultimately the Grand Finale in Las Vegas.

“The first two matches were critical for the teams success as we knew he’d have some big names missing for the final match,” said Woodhouse. “We certainly got better as the season went on.”

Heading into the derby with a shorthanded roster, missing a few key names including male freestyle ace Kyle Chalmers, London put up a close fight with Energy Standard, who also won their first two matches in Group “A”.

Leading by 16.5 points heading into the match-ending skins, the three-round 50 freestyle eliminator worth up to triple points, the Roar were overtaken by Energy Standard and ultimately finished second in the match, 9 points back.

The final in Vegas was a very similar story. Locked in a tight battle with Energy and the Cali Condors all match long, London opened up a bit of a gap on Day 2 and came into the skins leading by 22.5 points. But, once again, Energy Standard’s performance in the skins was too much to hold off, and the Roar finished second to their European rivals once again, this time by 9.5 points.

Despite the loss, Woodhouse had nothing but praise for the club’s performance.

“Of course, to come so close to winning the world title was gut-wrenching, but we did not dwell on it too much as we knew as a team how well we’d performed, especially on that final day,” he said. “Our final day results were close to perfect.”

The team’s established stars performed exceptionally throughout the season, from Chalmers to Cate Campbell, Emma McKeon and Adam Peaty. But one swimmer on the roster was impossible to ignore from the first match on: Minna Atherton.

The 19-year-old Aussie absolutely annihilated the female backstroke events throughout the entire season, winning 10 of the 12 individual races she entered. Atherton also became the first swimmer in league history to break a world record, lowering the mark in the women’s 100 back at the second match in Budapest. She came very close to breaking more world records on a few other occasions as well.

“Minna was superb throughout the season,” said Woodhouse. “To maintain that level of performance was incredible. No, we didn’t expect world records before the season started but once she went so close in the first match in Dallas we knew it might be possible.”

Other swimmers who stood out to Woodhouse and maybe didn’t get the credit they deserve included Canadian Sydney Pickrem, Brazilian Guilherme Guido and Great Britain’s Holly Hibbott.

“They all flew under the radar, but to be honest it was the overall team performance rather than any one individual that made the difference for us,” he said.

“It’s been an amazing experience,” said Guido, who won seven male backstroke races during the season, including going a perfect 4-for-4 in the 50 back. “I enjoyed one of the best moments in my entire career. I think ISL has really taken swimming to a new level, giving more opportunities for swimmers, coaches, staff and, of course, the public to watch and follow such a revolutionary event.”

Pickrem, who acted as a female captain for London at certain points in the season, is encouraged by how the league creates an avenue for swimmers to have an extended professional career in the sport.

“ISL not only changed the future of swimming, but also changed my perspective on swimming,” she said. “With the infectious team dynamic along with professionalism, ISL gave light to a swimming career with longevity.

“The memories created in this past year are ones I’ll never forget, and I can’t wait to continue and see what else is in store for the ISL.”

And for Woodhouse, despite a wildly successful initial campaign, those two razor-thin losses at the end of the season only fuel him for next year.

“We’re definitely inspired for an even stronger second season!”.