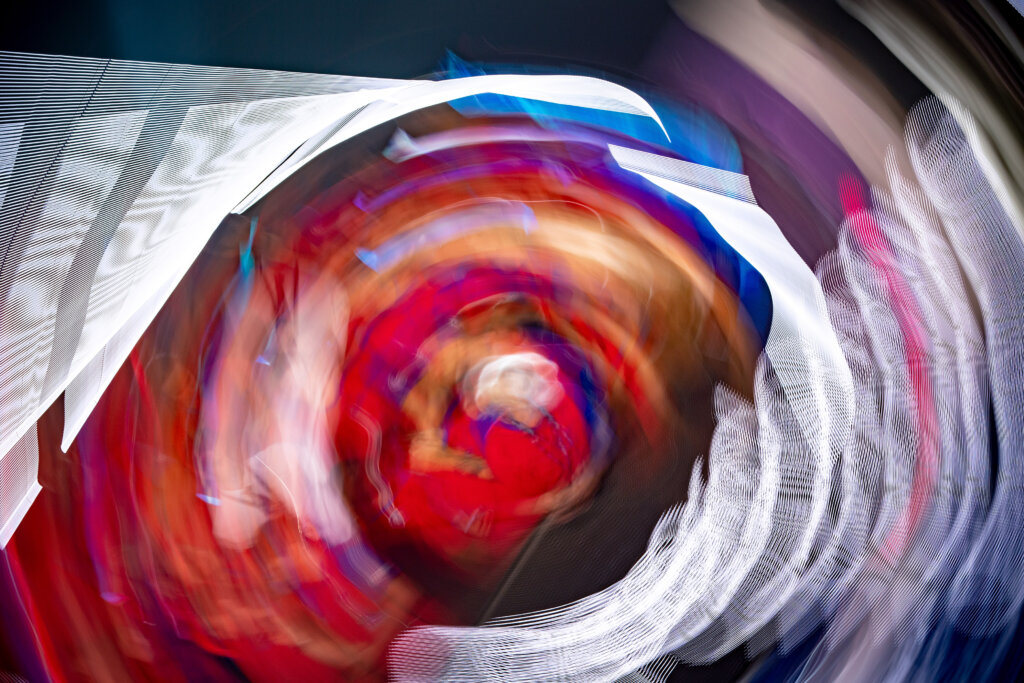 On September 23rd and 24th in Naples, the three favorites of the season – the French club Energy Standard, the British club London Roar, the Canadian Toronto Titans as well as the American DC Trident – took part in the 9th match of the Third Regular Season of the International Swimming League.

Energy Standard could get the Regular Season Champions title only by winning Match 8, which they did surprisingly easily. The Lions and the Titans, on the other hand, had to witness the power of the Tridents, who, until the skin races, fought the British and the Canadians on equal grounds.

The match commenced with three individual victories of the Titans. First, in the women’s 100m butterfly Louise HANSSON beat Roar’s Emma McKEON by 0.11 seconds. However, she was only able to steal points from her fellow teammate and get a minimum jackpoint of 10 points. Moreover, the second Titans’ swimmer received a penalty point for not making the cut-off time. So, as a team, Roar scored more points – 11 in total, while Energy and Titans had a tie with 9 points.

In the men’s race, a similar situation occurred when a “titan” Marius KUSCH won without a jackpot against Energy’s Chad Le CLOS, while the other Toronto swimmer came in last. TOR and DCT got 10 points each and ENS got one point less.

And finally, in the 200m backstroke, an incredible female duo – Lisa BRATTON and Kylie MASS – took a 1-2 win just 0.03 seconds apart. However, they only brought their team a minimum jackpot of 17 points.

The Titans’ wins were, however, followed by Energy’s major breakthrough that practically determined the winner of the match as early as in the middle of Day 1.

Olympic champion Evgeny RYLOV won the men’s 200m backstroke with a jackpot of 12 points, to which the second Energy swimmer added 3 points for the 6th place.

Evgenia CHIKUNOVA took the first place in the women’s 200m breaststroke with more than a 2 second lead (jackpot of 15 points). On the same distance for men, Ilya SHYMANOVICH started his brilliant performance in this match with a modest jackpot of 10 points. But Cody MILLER and Tommy COPE took the 2nd and 3rd places scoring 13 points in total and making DCT the team winner of the race.

A victory in the women’s 4x100m medley relay was confidently taken by the first ENS relay team (Siobhan HAUGHEY, Femke HEEMSKERK, Sarah SJOSTROM and Fanny TEIJONSALO) with a jackpot of 38 points (remember that the points are doubled in the relays).

The position of the teams at this point was as follows:

Energy swimmers won both of the 50m freestyle races: men’s was taken by Ben PROUD (with a jackpot of 12 points), 0.16 seconds ahead of Roar’s Kyle CHALMERS, while Florent MANAUDOU added 5 points for the 4th place. In the women’s race, Sarah SJOSTROM won (with a minimum jackpot) and Femke HEEMSKERK added 5 points to the Energy team.

After that, the Tridents finally came out on top: Andreas VAZAIOS won the men’s 200m IM with a jackpot of 12 points; however, his teammate didn’t take any points and the Titans got the same 12 points for the 2nd and the 4th place overall. In the women’s event, Sydney PICKREM got the same jackpot for the Roar, while her teammate did not score any points.

This was followed by a powerful and one may say, traditional ENS’s “double”: Ilya SHYMANOVICH took a jackpot of 19 points in the 50m breaststroke, while Felipe Lima brought Energy 7 more points for the 2nd place. Alia ATKINSON repeated the jackpot over the same distance for women, while her teammate didn’t get any points.

The men’s freestyle relay was taken by the Lions (Kyle CHALMERS, Dylan CARTER, Katsumi NAKAMURA and Edward MILDRED) with a jackpot of 24 points. Roar’s second relay team did not take any points and therefore their rivals were not that far behind London in terms of points: Energy and Trident took a total of 18 points each.

At this point, the teams were positioned as follows:

Kylie MASSE from Toronto Titans won the women’s 50m backstroke without a jackpot and three teams ended up with 10 points each: TOR, DCT and LON. In the same distance for men, London’s Guilherme GUIDO took the 1st place with a 19-point jackpot, while the Roar’s second swimmer did not bring his team any points. Evgeny RYLOV and Kliment KOLESNIKOV brought Energy a total of 11 points.

The position of the teams after the first day of the match was as follows:

Energy practically secured the victory and the title of the League’s Third Regular Season Champions, but the Roar’s second place looked far from being predetermined.

On the second day, the ENS leaders continued to show their excellent form.

Siobhan HAUGHEY beat London’s Emma McKEON by 0.05 seconds in the women’s 100m freestyle. Moreover, at the 200m distance (same stroke) she finished more than 3 seconds ahead of the 2nd place swimmer and got a 19-point jackpot.

Sarah SJOSTROM won the women’s 50m butterfly (jackpot of 12 points), while her teammate Madeline BANIC finished 3rd and got 6 points. In the same distance for men, Ben PROUD had the same jackpot, beating Marius KUSCH (TOR) by only 0.06 seconds, while Florent MANAUDOU added 3 more points for the 6th place.

In addition, the ENS’s first relay team convincingly won the 4x100m mixed relay (Kliment KOLESNIKOV, Ilya SHYMANOVICH, Anastasiya SHKURDAI and Sarah SJOSTROM). This time the Roar’s tactic that worked in the previous matches (Kyle CHALMERS catching up with 7 girls on the last leg) did not work: the gap of 7.5 seconds between CHALMERS and SJOSTROM was insurmountable, although it was reduced to 1.85 seconds. A “touch” and 0.04 seconds were lost to CHALMERS by the Titans and specifically by Kasia WASICK, who started 2nd in the final stage of the relay, ahead of Kyle by more than 6 seconds.

The Lions lagged more and more behind Energy, keeping the gap with the Titans and the Tridents. The Roar’s team leaders also had some bright wins, but fewer than Energy and more modest in terms of points.

Duncan SCOTT won two races, the men’s 200m freestyle with a minimum jackpot (with his teammate getting under the jackpot) and the 400m individual medley, taking 14 points (minimum jackpot + 4 points for the 2nd place mid-distance). The second LON swimmer didn’t get any points in the latter race, so Titans had the team victory: Alberto RAZZETTI and Max LITCHFIELD brought TOR a total of 22 points (they were also 1st and 3rd respectively at the 200m).

Kyle CHALMERS won the men’s 100m freestyle with a jackpot of 12 points. To be fair, he was the only one scoring for the Roar in this event, so the two Toronto representatives scored only one point less overall.

Sydney PICKREM won the women’s 100m individual medley with a minimum jackpot of 10 points; and as her teammate took the last place and 0 points, the team winner of the race was Energy. Mary-Sophie HARVEY and Sarah SJOSTROM got 13 points for the 2nd and the 3rd places, respectively.

Alia ATKINSON won the women’s 100m breaststroke with a jackpot of 15 points and Annie LAZOR added another 6 points for the 3rd place.

The success of the Titans and the Tridents was even more modest, as they alternately took the “lead” in the fight for the 3rd place.

Alberto RAZZETTI gave TOR 12 points for the 1st place in the 200m butterfly, but as his teammate didn’t score anything, Energy got 13 team points for the 2nd and 3rd places of Chad le CLOS and Kregor ZIRK, respectively.

Kylie MASSE won the women’s 100m backstroke without a jackpot, while Lisa BRATTON brought another 5 points to the Titans’ for the 4th place.

Finlay KNOX won the men’s 100m individual medley with a jackpot of 15 points. The second Toronto’s swimmer received a penalty (minus 1 point) for failing to meet the cut-off time, and the Tridents took 12 points in the race for getting the 2nd and the 4th place.

In the women’s skins, the rivalry was between Lion’s Minna ATHERTON and Titans’ Kylie MASS. It should be mentioned that ATHERTON was only fourth in the quarterfinals, only a few hundredths of a second ahead of her opponent, who took the fifth place; while Kylie MASS entered the semifinals with the best time and a minimum jackpot. However, in both the semifinal and the final, ATHERTON was the best and brought her team 28 points. Kylie MASS brought TOR 24 points, while the two representatives from DCT only took 6 points combined.

In men’s skins, after the semifinals were reached by two representatives from Energy and London each, the only intrigue was whether Evgeny RYLOV could beat Ilya SHYMANOVICH in the fight for the title of the MVP of the match. For this to happen for RYLOV, he had to become the winner of the skins; and in a bitter rivalry with Guilherme GUIDO, he solved this problem. RYLOV finished 2nd in the semi-final, while getting the win against his strong, but tired opponent in the final with a jackpot.

After this match, the first three clubs leave Naples with a sense of accomplishment and begin preparing for the play-offs that will be held in November, in Eindhoven (the Netherlands). The Tridents remain in Naples for the “death match,” where the last four clubs of the Regular Season will compete for two places in the playoffs.