OPPORTUNITIES ISL CLUBS HAVE TO IMPROVE IN THE DRAFT – PART I 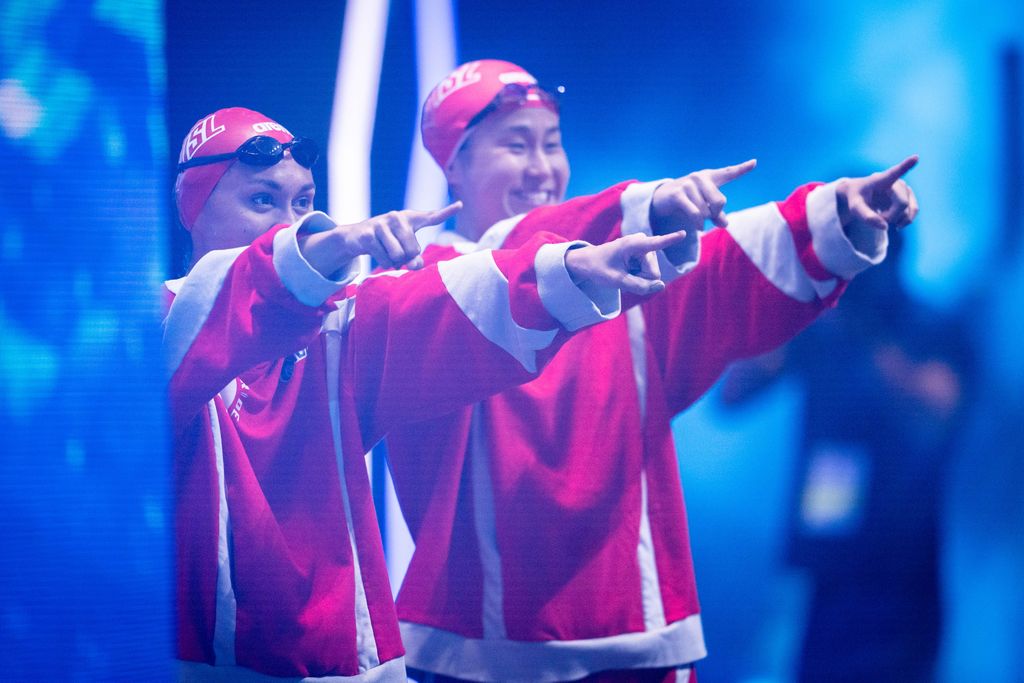 In the upcoming ISL Draft, the first priority for each club will be to decide which swimmers they want to retain on their roster for Season 3, with the chance to keep up to 15 athletes in the early rounds.

But after that, teams will be able to select any athlete still available within the ISL Draft Pool, giving them the opportunity to address areas of concern and add swimmers they feel will help them improve from Season 2.

Here is one area each North American based club has the opportunity to improve on at the draft:

As the reigning ISL Champions, there aren’t many areas where the Cali Condors have any room to improve. The club performed exceptionally throughout Season 2, finishing a dominant campaign in style by winning the league title by nearly 100 points.

However, one area that could see some improvement is in women’s freestyle – specifically the sprints. In the ISL Final, the club didn’t place in the top four in either the women’s 50 or 100 freestyle, and finished fourth in the women’s 400 free relay.

Already boasting an extremely deep and talented lineup, shoring up their women’s freestyle group would enhance their chances to repeat as champions in 2021.

After back-to-back fourth-place finishes through the first two ISL seasons, the LA Current will look to complement their already strong roster with a few finishing touches to give them a chance to contend for the league title in Season 3.

Stacked in a variety of areas for both men and women, the one section that could take them to the next level is an improvement on breaststroke. The six breaststroke races in the 2020 ISL Final was where the club lost the most ground, and if the Current can add one or two big names who excel there, they’ll be poised to take the next step in Season 3.

The New York Breakers are among the clubs looking to break into the ISL Final after ending their first two seasons in the semifinals.

The draft presents an opportunity for the club to address a need on backstroke, where they struggled to compile points in their semifinal match during Season 2.

Michael Andrew, the Breakers’ top scorer in each of the past two seasons, is a very strong backstroker, but is best utilized elsewhere. Chloe Golding is on the rise as a backstroker on the women’s side but adding a few swimmers to bolster this area will be critical in helping the Breakers move up the rankings.

Similar to the Breakers, the DC Trident are looking to advance to the next level and challenge for a spot in the ISL Final in the near future. Led by stalwart Zach Apple in the men’s sprint freestyle events, the team has several notable strengths and just needs to shore up a few areas to climb in the standings.

The club is losing two top swimmers – Ian Finnerty and Margo Geer – to retirement. While Finnerty’s loss is a blow, the Trident will have the opportunity to retain fellow male breaststroker Cody Miller in the ISL Draft, who missed Season 2 while having his first child.

Geer’s loss, however, really brings home DC’s need in the women’s freestyle area. With four individual races, relays and the potential of free skins, the stroke is arguably the most crucial component a club needs to have success in the ISL.

If the Trident were to bring in a sprinter to replace Geer, while also adding a woman that can compete with the best in the 200 and 400 free, they’ll be poised for a breakthrough.

It’s safe to say the Toronto Titans exceeded expectations in 2020, as the league’s first Canadian club made an appearance in the semifinals in its inaugural season and had several swimmers deliver breakout performances.

Led by captain Kylie Masse, the women’s roster raced well throughout the entire season, and should be even better in Season 3 with the return of Kayla Sanchez after she missed Season 2 with injury.

The men’s side also had several bright spots in the Titans’ first year, including Canadian youngsters Cole Pratt and Finlay Knox proving to be valuable point-scorers, but there’s one area that could be bolstered to elevate the club to the next tier.

That comes on butterfly, where the club frequently used swimmers that specialize elsewhere in order to field a competitive lineup. If Toronto were to add a few male butterflies, it would free up the others to focus on what they’re best at, putting them in an optimal position to score maximum points.