CONDORS WRESTLE WITH ROAR FOR CONTROL OF MATCH 8 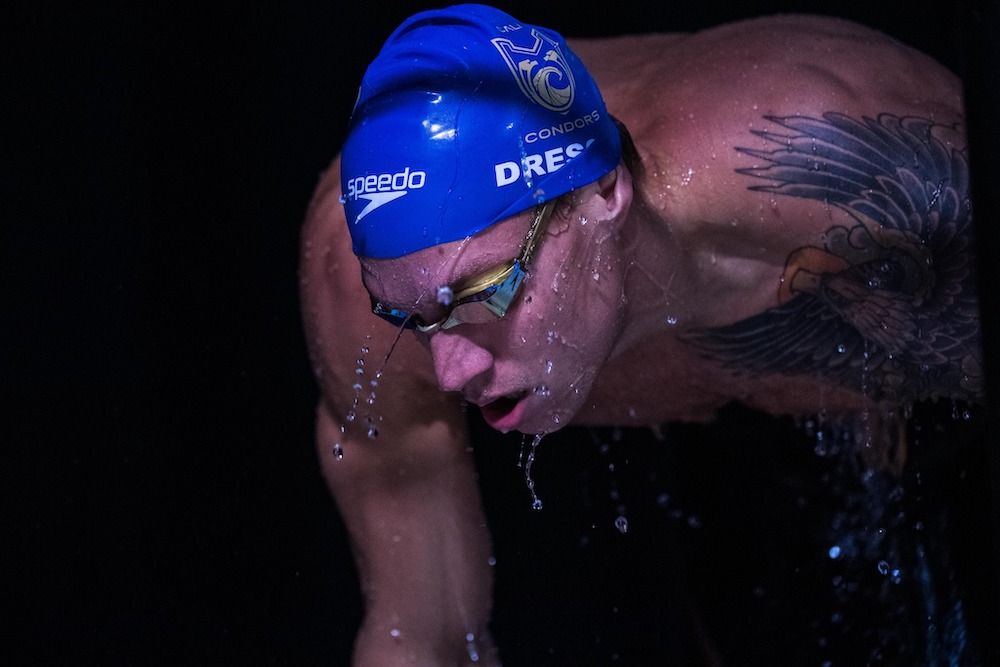 The Cali Condors got off to a dream start on Day 1 of Match 8 in the International Swimming League (ISL), but the London Roar finished strongly to leave the contest finely balanced.

The Condors underlined why they are team to beat at the biggest sports event of the year by winning the first five races at the Duna Arena in Budapest. Kelsi Dahlia, Caeleb Dressel, Beata Nelson, Radoslav Kawecki and Lilly King delivered the wins.

Cali’s rocket-fueled start was matched by an impressive fightback from London. With little separating the two, the contest boiled down to a few tight races making the difference. Olympic gold medalist Adam Peaty put on a burst of acceleration in the last 10 meters to pip Condors’ juggernaut Dressel in the 50m breaststroke.

But the most anticipated match-up was King versus Alia Atkinson in the women’s 50m breaststroke, their first meeting in the ISL.

King came in boasting six race wins over seasons one and two to her Roar rival’s five. King nicked it to remain unbeaten, her teammate Molly Hannis edging out Atkinson for second.

The women’s race was billed as a tight contest between the Condors and Roar, and they didn’t disappoint.

London’s Kira Toussaint battled with Olivia Smoliga in the backstroke before King, in her third swim of the day, scrapped hard with Atkinson in the breaststroke. The final leg went right to the wall, with the Condors touching just ahead of the Roar to their great delight.

Condors head coach Jonty Skinner acknowledged the scale of the achievement: “They had to fight for that … that was a great battle.”

The Roar went 1 and 3 in the men’s version, with Duncan Scott finishing fast after Peaty had established a lead over Tokyo, who were second.

Dahlia’s narrow win in the 100m butterfly that opened the meet set the tone for their Day 1 displays, showing the team’s grit and determination. Dahlia edged out Marie Wattel by 0.01 seconds.

“I’m in shock. It’s been a hard week. I’m really, really pleased with that,” she said poolside after the win.

Dressel and Marcin Cieslak’s 1-2 for the Condors in the men’s 100m butterfly was followed by Nelson’s stunning effort to hold off Tokyo’s Natsumi Sakai in the women’s 200m backstroke.

“We have our sights set on the semifinals, so we are just grinding our way through our next two matches. We have great team chemistry. I did it for my teammates,” Nelson said.

King put in another terrific shift to end up second in the MVP standings. She saw off a strong challenge from the Breakers’ Emily Escobedo to notch an ISL record in the 200m breaststroke.

Dressel was in and out of the water, too. He was at the peak of his powers in comfortably winning the 50m freestyle in a season’s best time.

In one of the strongest fields of the day, Melanie Margalis put in a devastating last 50 meters to outpace the Breakers’ Abbie Wood to claim the 200m individual medley.

Coleman Stewart sprung the biggest shock in beating favorite Guilherme Guido of the Roar to win the 50m backstroke.

Roar claw back to put pressure on

After a slow start, in which the Roar swapped places a few times with Tokyo for second spot, the team picked up a win in race seven of the 20. But only just.

In the women’s 4x100m freestyle, Anna Hopkin touched home first following a neck-and-neck race with the Condors right until the last 25 meters.

That was something of a turning point. London bagged some big points in the women’s 50m freestyle and then secured 1 and 3 in the men’s 200m individual medley to close the gap on the Condors to just four points at the halfway point.

The final flurry of races, including Toussaint’s superb first in the women’s 50m backstroke, a much-anticipated duel with the Condors’ Smoliga, ensured that London enter Day 2 with everything to play for.

The Frog Kings had to wait until race 17 to post their only win, but by that time they had amassed some good point-scoring top-five places to keep the scoreboard moving and, crucially, to stay with London.

Leah Smith controlled the women’s 400m freestyle from the off to seal victory ahead of the Condors’ Hali Flickinger.

With the Condors and Roar snatching the lion’s share of top-three placings, the Breakers struggled to knock them off their perch. But they bagged two superb victories.

Breaststroke supremo Marco Koch got the team rolling in the 200m race with a comfortable win to halt the Condors’ sequence of five successive wins. Escobedo fought hard for her second in the 200m breaststroke.

Kasia Wasick, one of the team’s big stars this season, crushed the opposition in the women’s 50m freestyle, winning by almost a full body length. Arina Surkova, meanwhile, picked up a good second for her team.

And in the men’s 400m freestyle, Felix Aubock put in a strong last 50 meters to record his second win in the event in Season 2020. Michael Andrew was also strong, finishing with two second places.

MATCH SCHEDULE: There will be 10 preliminary matches in total, with the top eight teams progressing to the semifinals. The top two teams from each semifinal will battle it out in the Grand Final on November 21 and 22.

The full match schedule can be found here.