ENERGY STANDARD LEAD FROM THE FRONT IN MATCH 7 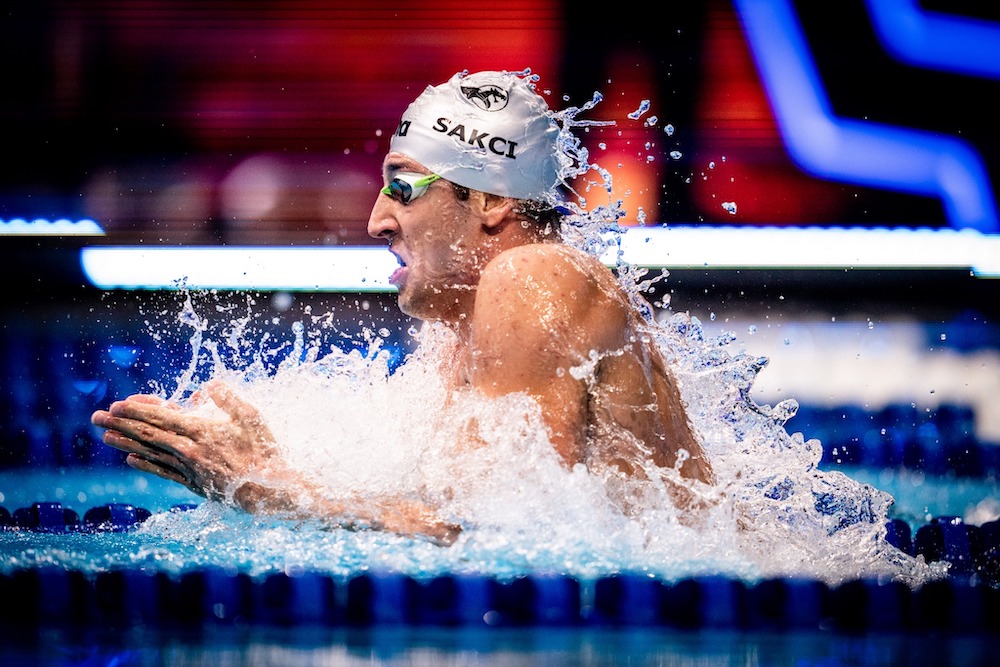 Energy Standard Paris did not wait around to take control of Match 7 of the International Swimming League (ISL) Season 2020, winning 11 races on Day 1 at the Duna Arena in Budapest.

Energy Standard leads overnight with 300 points, followed by the Toronto Titans on 229, Iron in third with 205, and DC Trident in fourth with 141.

The reigning champions won the four opening races and there were victories for its leading racers Sarah Sjostrom, Chad le Clos and Florent Manaudou.

Head coach James Gibson also has the choice for the women’s and men’s 50m skins elimination races that close the match tomorrow after Paris won both 4x100m medley relays.

No dip in Energy

Anastasiya Shkurdai and le Clos opened the match with victories in the women’s and men’s 100m butterfly, before Emily Seebohm and Evgeny Rylov added two more wins in the men’s and women’s 200m backstroke.

Seebohm finished in 2:01.56, one of four swimmers that swam under 2:02, and collected an impressive 15 points for her team by jackpotting four swimmers.

Pernille Blume, Madeline Banic, Siobhan Haughey and Femke Heemskerk teamed up to take the women’s 4x100m freestyle relay, before Sjostrom produced a fast finish to hold off Iron’s Ranomi Kromowidjojo in the women’s 50m freestyle, and Manaudou beat all comers in the men’s 50m free.

Haughey returned to the pool to win the 400m freestyle, a result matched by Danas Rapsys in the men’s, although he had to kick hard over the final 50m to emerge victorious.

The Lithuanian stopped after 350m thinking that he had finished with the win. It took him a short while to realize his mistake thanks to his teammates urging him on from the pool deck, and such was his lead that he was still able to hold on to win despite a strong finish from DC Trident’s Zane Grothe.

In the final two races Seebohm, Shkurdai, Sjostrom and Benedetta Pilato combined to win the women’s 4x100m medley, before le Clos, Manaudou, Rylov and Ilya Shymanovich did the same in the men’s race.

Anton McKee came in first in the men’s 200m breaststroke, just as he did in Match 3, while Kylie Masse and Shane Ryan were victorious in the women’s and men’s 50m backstroke.

Yuri Kisil gave the Titans a fast start in the men’s 4x100m freestyle relay and Michael Chadwick, Blake Pieroni and Brent Hayden built on that momentum to hold off the fast-finishing Energy Standard, taking the race in 3:06.23.

The Budapest-based Iron had to be patient for its first win, but Ida Hulkko rewarded the team’s patience by upsetting Italian teenage sensation Pilato in the women’s 50m breaststroke.

Leonardo Santos then put in an impressive performance to win the men’s 200m Individual medley.

Turkey’s Emre Sakci set a new ISL and European record by finishing the men’s 50m breaststroke in 25.29, just four 100ths of a second off a new world record. He used his victory to pay tribute to the victims of the Izmir earthquake with the name of the city written in large letters on his left pectoral.

DC’s hopes of reaching the semifinals appear slim after Cyndi Gallagher’s team failed to finish first in any of the races.

They did finish second in three – Jacob Pebley in the men’s 200m backstroke, Bethany Galat in the women’s 200m breaststroke and Grothe, who nearly fought back to pip Rapsys in the men’s 400m freestyle.