REIGNING CHAMPS WARY OF UPSETS AND UPSTARTS HEADING INTO MATCH 6 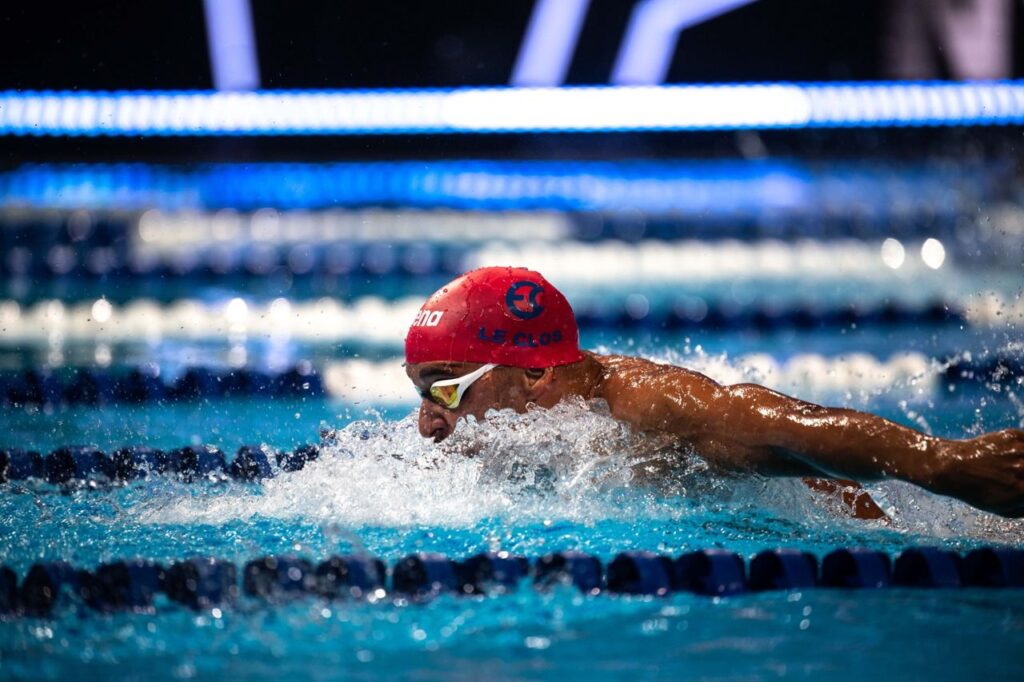 After a two-week wait for their second match, the reigning champions are chomping at the bit to get going again to make their presence felt in ISL Season 2020, this year’s biggest global sporting event.

They take on Aqua Centurions, NY Breakers and newcomers Toronto Titans on November 1-2. Salessy is wary of the threat posed by Standard’s rivals, which he says all have points to prove.

“Don’t expect me to say that Match 6 is going to be easy. There is nothing worse than a new team that wants to show its muscles and two teams that need points,” he says.

The Paris-based team came second to Cali Condors in their opening match and will have to be at their best to fend off the Centurions and Breakers, who have already had two matches to hone their talent and tactics. The Titans are something of an unknown quantity – and threaten to disrupt the party.

“Every match has its truth,” says Salessy, revealing that the coaches and medical team have had to adapt to “take care of some little injuries” since the team last appeared.

“What doesn’t change with every race is that we want to win them. The ISL system is a perfect balance between collective motivation and individual objectives, and even more so with the bonus system,” he says. “So one goal is to be the best in the circumstances of the moment.”

After securing 463 points in their second-place finish behind the Condors, Salessy isn’t about to experiment too much.

“The system allows flexibility in the composition of the teams, but our coaches know the swimmers well enough not to have to test formulas in matches. We adapt,” he explains.

Swedish star Sarah Sjostrom, who bagged 248.5 points in season one for the Standard, will be hoping for a repeat of her sensational start to Season 2020. She won five races in total in her first match, including the 50m and 100m freestyle and 100m butterfly, and came third in the MVP standings with 66.5 points.

Salessy says he expects Sjostrom, along with London 2012 gold medalists Chad le Clos and Florent Manaudou, to be among the leading point-getters this time around.

But he’s in awe of the team’s emerging talent, singling out one swimmer in particular who he thinks will again emphasize her credentials in the pool.

“That she confirms during our second match is as important as the points of Sarah, Chad, Florent and the others,” adds Salessy.

Breakers to give Standard run for money

Winners of Season 2019 of the ISL, Energy Standard may be the favorites, but the NY Breakers plan to push them hard.

After a bumpy start when they came fourth, the Breakers found some form in their second match. Deep into the final 19 of 39 races, they were neck and neck with Team Iron but faded in a dramatic finale.

The Breakers hopes of a playoff place rest on a good showing in Match 6. General Manager Tina Andrew and head coach Martin Truijens will be putting their faith in the team’s big guns to restore some credibility amid hopes of securing a playoff place.

German Marco Koch will shoulder the responsibility of getting some big points on the board in the men’s 100m and 200m breaststroke races.

Converting the second- and third-place finishes of the previous round into victories will be vital to the Breakers’ chances of staying with the Standard. The pressure is on swimmers such as Kasia Wasick, Arina Surkova, Felix Aubock and 21-year-old British individual medley specialist Abbie Wood to deliver.

Pride at stake for Centurions

The Rome-based Aqua Centurions will attempt to put the disappointments of two fourth-place finishes behind them.

General Manager Agnese Bianco admits they have nothing to lose but only second is good enough for a playoff spot. “Tomorrow is very important. We all know this, and we are all focused on it,” she says.

“We try to do our best and we train a lot,” Agnese adds, highlighting the importance of Hungarian Szebaztian Szabo bringing another big performance. “We expect a lot from him.”

She says the team’s ambitions also ride on whether breaststroke supremo Nicolo Martinenghi, who scored 57 points in season one, and 2019 European Championship gold medalist Martina Carraro, can deliver. “A lot depends on the stroke of the skins races,” she adds.

The team has had to overcome the withdrawal due to injury of Kathryn Greenslade.

But there’s some good news. The prospect of Federica Pellegrini returning to the fold after quarantining in Italy following a positive test for COVID-19 may inspire fresh confidence in the team.

Pellegrini, who was due to have captained the team, joins up with the camp on Wednesday. “She said she can’t wait to join us and compete,” Agnese says. “I think having her with us is good for our team because it will provide a very strong boost for us, our mood and everything.”

Titans bid to improve and prosper

The Toronto Titans are looking to build on an impressive debut match in the ISL.

They performed credibly last week, finishing ahead of the Centurions but 105.5 points behind fellow newbies Tokyo Frog Kings.

In the build-up to the competition, Titans General Manager Robert Kent expressed confidence that the team could make the playoffs

The Titans earned seven wins in Match 3 and posed a threat in many other races, chalking up a number of top three spots. Converting those to first places could make all the difference in the team’s bid to keep up with the Standard.

Team bosses will be hoping their Match 3 stars Kylie Masse, Kelsey Wog and Anton McKee can maintain their good form to pick up lots of points.