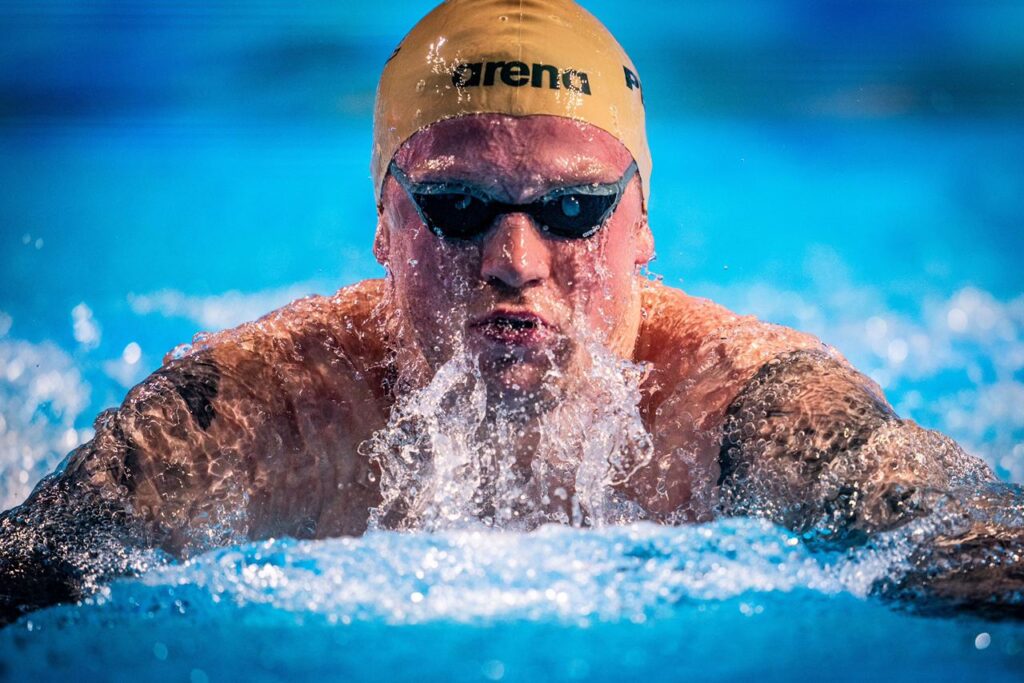 London Roar overcame a slow start in Match 5 of the International Swimming League (ISL) Season 2020 to grab the initiative after a gripping battle with LA Current throughout the day.

The Roar had to wait until the seventh race of the match for their first victory but then added five more individual wins to keep the Current in check.

At one point, the lead in the standings swung back and forth three times until Ws for London’s Alia Atkinson and Adam Peaty in the women’s and men’s 50m breaststroke set the Roar up for a strong finish.

The Current secured the important win in the 4×100 thanks to Maxime Rooney, Tom Shields, Felipe Silva and Ryan Murphy. Shields’ butterfly leg was crucial for the win, and all indications are that the butterfly could be the stroke of skins for LA tomorrow, which would be an ISL first.

Andreas Vazaios gave London their second with victory in the men’s 200m individual medley, before Peaty showed his class to win the men’s 50m breaststroke, having finished sixth in the 200m breaststroke earlier.

Toussaint, Wattel and Atkinson then teamed up with Freya Anderson, who anchored the 4x100m individual medley relay team to victory.

Beryl Gastaldello continued her rich vein of form from Match 3 when she opened the day with victory in the women’s 100m butterfly, touching the wall in an impressive 55.84. She later added a win in the women’s 50m freestyle.

Shields matched her victory in the men’s 100m butterfly when he held off London’s Marius Kusch, the American becoming the only swimmer so far in Season 2020 to break the 49 second barrier (48.94).

In the 200m backstroke, Murphy was challenged by compatriot Jacob Pebley of the DC Trident and Ryosuke Irie of the Frog Kings, but collected the points for the Current in style by posting the fastest time in ISL history: 1:48.03.

Will Licon kept the Current’s run going with their fourth win in the opening six matches by touching home first in the men’s 200m breaststroke, while Kristian Gkolomeev used his international experience to get the victory in a field full of stars, being the only swimmer under 21 seconds (20.97).

Sakiko Shimizu claimed Tokyo’s first win of the day, in the 200m breaststroke, and Yui Ohashi added their second when a late kick gave her victory in the women’s 200m individual medley.

Leah Smith and Chihiro Igarashi gave the team a boost with a one-two finish in the women’s 400m freestyle, and while Tokyo did not match the highs of its ISL debut a few days earlier, six second-place finishes and five third-place finishes showed their competitive potential.

Amy Bilquist set DC going when she won the women’s 200m backstroke, but DC had to be patient for its next success: DC’s Zane Grothe and Velimir Stjepanovic led from the start in the Men’s 400m freestyle and never looked back, closing with amazing speed and great endurance to finish tied for first with a time of 3:41.

46 in what was one of a number of highlights on Day 1.