Home | ISL | News | THIRD MATCH OF THE SECOND SEASON OF THE INTERNATIONAL SWIMMING LEAGUE: the newcomers from Toronto and Tokyo were not frightened facing the finalist of the first season of Los Angeles Current.

THIRD MATCH OF THE SECOND SEASON OF THE INTERNATIONAL SWIMMING LEAGUE: the newcomers from Toronto and Tokyo were not frightened facing the finalist of the first season of Los Angeles Current. 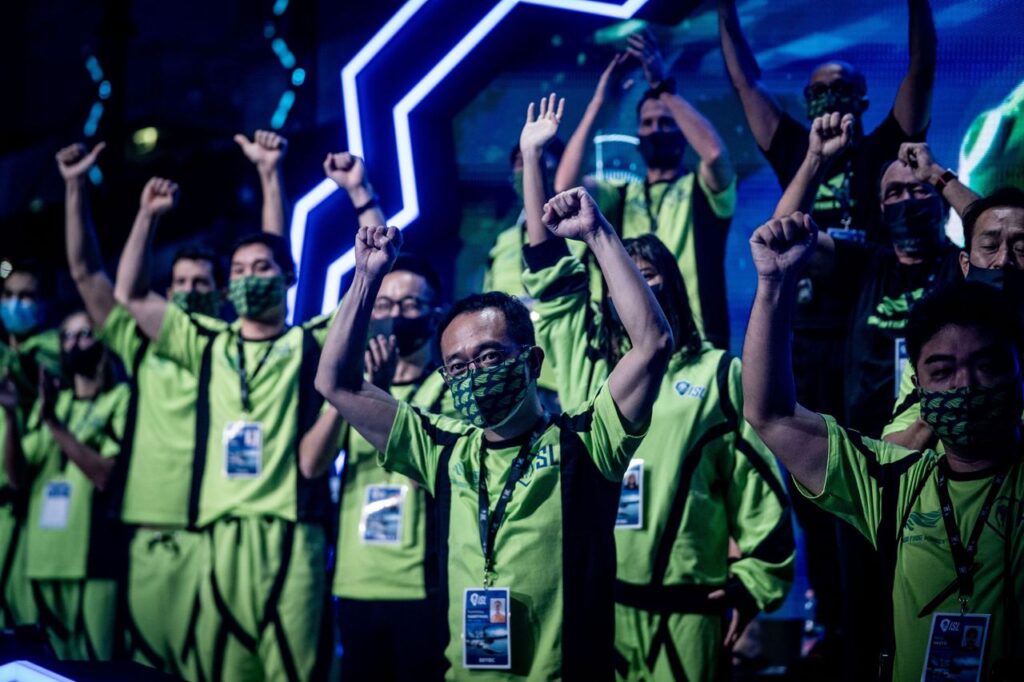 In the third match of the International Swimming League (ISL) participants of the first season and losers of the first matches – LA Current and the Roman Aqua Centurions “exam” the beginners – Tokyo Frog Kings and Toronto Titans. In this case, LA Current, as a finalist of last season, was considered a favorite. However, the newcomers looked quite competitive and gave the fight to the “old-timers”.

Unfortunately, Aqua Centurions immediately found itself in the outsiders, first of all – due to unbalanced composition. Thus, if the male swimmers of the “Centurions” showed the third result, only slightly behind both leaders of the day, the women of the Italian team knitted more than two and a half times less points than their rivals. Moreover, in the 200m breaststroke, the Centurions couldn’t even put the second participant on the distance, having received 4 penalty points.

By the way, as a result of the first day women from LA Current, Tokyo Frog Kings and Toronto Titans scored almost the same number of points.

However, there was one moment on the first day when it seemed that Aqua Centurions will still be included in the fight: Nicolo Martinengni and Martina Carraro won the 50 meters breaststroke, while the second numbers of “Centurions” in these heats were the fourth. And immediately after them Aqua Centurions won the men’s 4×100 freestyle relay (the second train took 5th place). However, this impulse was limited; closer to the end of the game day another first place “Centurions” brought Mykhaylo Romanchuk.

The Toronto Titans team looked quite decent on the first day and even led after the first (women’s butterfly for 100 meters: Louise Hansson – 1st place, Rebecca Smith – 3rd) and third (200 meters for women on the back: Lisa Bratton – 1st, Kylie Masse – 2nd).

In addition, Kelsey Wog and Anton McKee took first places in the women’s and men’s 200m breaststroke, respectively. Particularly noteworthy was the division of Shane Ryan with the invincible Ryan Murphy 1st place in the men’s 50 meters backstroke: their result coincided with the tenth second accuracy; by the way, the third participant – Takeshi Kawamoto from Tokyo Frog Kings was only 0.1 seconds behind them!

However, in other heats “Titans” did not rise above the second place, gradually lagging behind a duet of leaders.

Well, and coaches LA Current and Tokyo Frog Kings made a bet on “stars” and did not lose. Thus, the already mentioned Ryan Murphy on his “crown” distance of 200 meters on the back, took first place and “jackpot” by 24 points, thus repeating the record of the League. Only 2nd and 3rd places in this heat met the backlog of Murphy in the “jackpot time”, points for all the other places went to the winner, while both prizes went to the “frogs”.

Another decoration of the day was the “double” of the team from Los Angeles at a distance of 50 meters freestyle for women: first place with the same result shared Beryl Gastaldello and Abbey Weitzeil, receiving an additional 6 points “jackpot” from the last three places and bringing the team a total of 22 points. Gastaldello also won 50 meters on the back.

The “planned” victory was won by Tom Shields in the 100 meters butterfly.

The team from Tokyo followed the course smoothly, without failures. And the first places were taken by Vladimir Morozov at a distance of 50 meters freestyle, Kosuke Hagino and Yui Ohashi – 200 meters male and female medley, respectively, as well as Leah Smith – 400 meters freestyle for women.

But, if the team leaders in individual heats demonstrated approximate equality of forces, it is relay races, in which the points for the places in the swim doubled, provided LA Current with the advantage before the second day of competition.

In four relay races, the first teams of Los Angeles won the first three and one second place. At the same time, both key combined 4×100 relay races were won by men and women, which will allow the coaching staff of LA Current to choose a style for skin-races (race to drop out) at the end of the second day of the match.

Team position after the first day of the match: