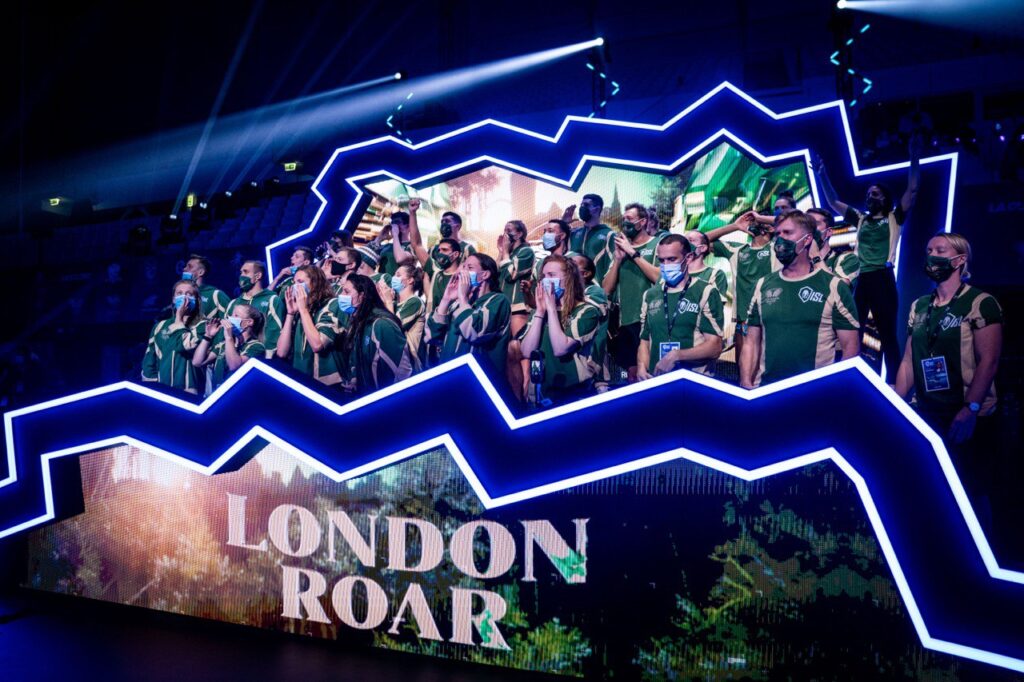 Alia Atkinson says London Roar have got their campaign off to a dream start in Season 2020 of the International Swimming League (ISL).

The Roar stormed to victory in Match 2 of the ISL’s second season, underlining their dominance by notching up 609.5 points over two days of thrilling races in Budapest, Hungary.

“Coming off such a stellar competition last year, we really wanted to make a statement and show everybody that London Roar is here to stay,” she says.

“We really wanted to show the competition that we are still the ones to beat – and we are going out each and every race to show that.”

Atkinson, who added a win today in the women’s 100m breaststroke to first place in the 50m breaststroke yesterday, says the Roar are buzzing after comfortably overcoming the challenge of Team Iron, DC Trident and Aqua Centurions.

“I think going forward we have a lot more confidence in ourselves, we can experiment a little bit more in races… and it’s just good to have fun.”

Asked how important it was to win by such a huge margin – the Roar finished over 200 points ahead of Team Iron – she says: “We wanted to go out there and show what London Roar could do.

“We wanted to start as best we can and keep on moving forward from there. That was our strategy. Everybody stepped up tremendously and there were a few PBs.”

The Roar top the team standings on Day 4 of the ISL competition, this year’s biggest international sporting event being held at the Duna Arena.

In the MVP standings after the match, the Roar had five athletes in the top seven places.

Team Iron’s Ranomi Kromowidjojo topped the rankings with 57 points (winning a 10,000 USD bonus in the process), after superb victories in the women’s 100m freestyle and 50m butterfly and claiming points in the backstroke skins race. With a points haul of 53.3, Christian Diener was the best performing male (6,000 USD bonus). Szebasztian Szabo of Aqua Centurions was third with 49.5 points (4,000 USD bonus).

Among the standout performances from the Roar were Kira Toussaint, Marie Wattel and Maria Kameneva, who each contributed a massive 47.5 points to the team’s total tally. Olympic champion Adam Peaty’s won the men’s 100m breaststroke.

And it was a smart piece of strategy that put a gloss on the Roar’s victory. After winning the men’s and women’s medley relays on Sunday, the team had opted for backstroke races for the 50m skins events that rounded out Day 4.

The Roar bagged a total of 58 points after securing victories in both the men’s and women’s races. In gripping head-to-head finals, Kameneva powered to a stunning win over DC Trident’s Linnea Mack, while Christian Diener outpaced his Roar teammate Guilherme Guido. It was a warning message to the other nine ISL teams that London means business in Season 2020.

Hosszu gets her groove back

“It was obvious after the first day that London roar were pretty strong. We wanted to make sure we got enough points to be second,” she says, after collecting 37 points, including winning the women’s 200m butterfly and 400 individual medley.

Day 4 opened well for the Budapest team after they won two of the first three races. Kromowidjojo and Hosszu got Iron off to a magical start.

“For me personally the first day was so crazy… I have not been racing for half a year so I didn’t know what I was doing but most of us have been this way. And I think we came together today and really pushed through,” says Hosszu.

“For the first match, I am not so proud of the times I did, but I am proud I really stepped up today and fought for the points for Team Iron. And I really think I am going to get better as the weeks go on.”

Hosszu says she has been paying attention to Cali Condors and Energy Standard, who opened ISL Season 2020 with a series of outstanding displays.

She believes the changing rosters of the 10 teams, coupled with the excitement and unpredictable nature of the scoring system for this season’s competition, means anything is possible.

“We are focusing on getting in the semis, that’s our number one goal and then going from there because in this situation you never really know what’s going to happen with the teams… as we have seen the line-ups are changing and the points are mixing and with the jackpot points.”

Trident leave it late in quest for third

The Washington D.C.-based DC Trident struggled to assert themselves on Day 4 but finished with a bang to come third.
Speed merchant Zach Apple got the team off to a flier after winning the men’s 100m freestyle in 45.74 seconds, only the 24th man to go under 46 seconds in history.

Apple says he was “super happy” to clock the time and is enjoying the ISL Season 2020 atmosphere: “It’s just so fun to get behind your teammates. It’s like giving your energy to them having put it all out there.”

But the team found points difficult to come by until the final session of the day.

Apple inspired his team to first place in the mixed 4 x 100m freestyle, saying it set the tone for the final session in which Trident leapfrogged Centurions to secure third place overall – by just six points.

Linnea Mack’s magnificent performance in the skins 50m backstroke race means Trident can look ahead with optimism.
“Linnea at the end was amazing,” he says. “We were all in the box super excited for her and it was huge points for us to get into that third position. Those are the races that will take us to the semi-finals… if we lose those we are going home a week early.”

Szebasztian Szabo again proved what an impact he will have for the Rome-based team after putting on a show in the pool to keep the flag flying for Aqua Centurions.

On a tough day for the team, their star man collected 19 points after winning the 50m butterfly. But it was the team’s only win of the day in 19 races.

Commenting on the Centurion’s fourth place finish in Match 2, breasttroking powerhouse Fabio Scozzoli says the team had a “very difficult day” but will look to improve for the next match in the ope of reaching the semi-finals. “Yes, we still have a chance,” he says.

Team bosses had their fingers crossed that the Roar would not choose backstroke for the 50m skins races. “The team swam good performances. Backstroke is the only stroke unlucky for us… any other stroke and we might have been in third place.”
“But we will have more chances, starting from the next match.”