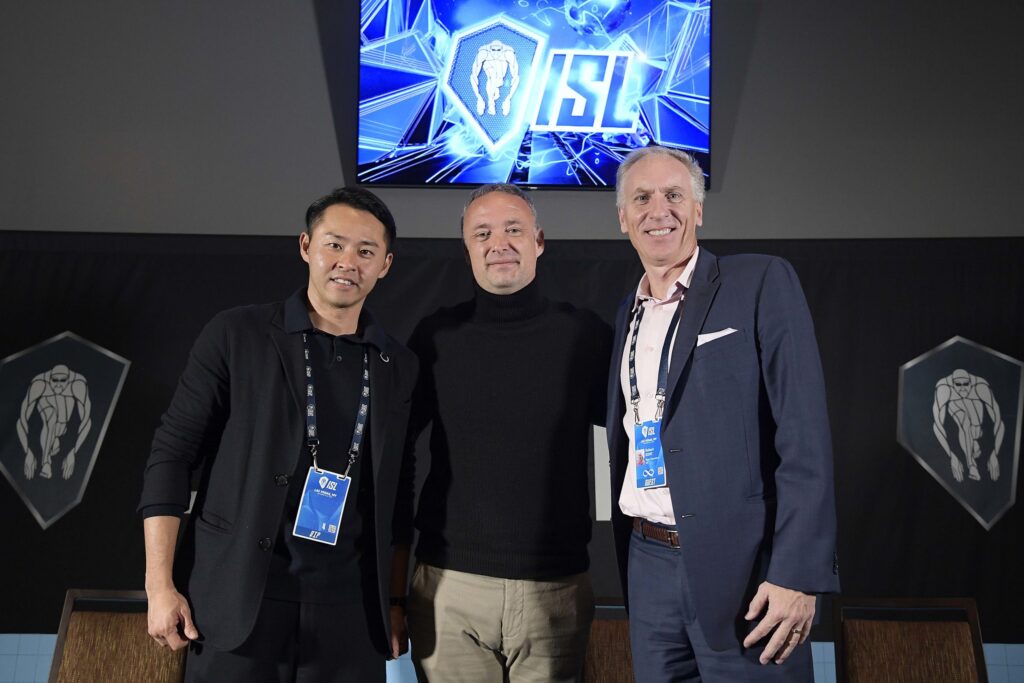 The International Swimming League is delighted to announce that four-time Olympic Champion Kosuke Kitajima has been appointed to represent ISL Japan. His first order of duty will be to establish a new club to be based in Tokyo.

The Tokyo club, yet to be named, was unveiled at a media conference in Las Vegas on Saturday as one of two franchises that will compete in the ISL in the 2020-2021 season.

The announcement followed a stunning inaugural ISL Grand Final that brought the revolutionary professional swimming league to a magical climax after a successful first season.Kitajima said, ‘’I am delighted and truly excited to be part of elevating the value of the sport of swimming in a global context. The opportunity for swimmers to succeed in the professional arena is something that most of us have only dreamt about.

‘’ISL will make it possible for swimmers and their coaches to highlight their talent throughout the year on a global arena and inspire children to pursue the sport.’’

The club will also be joined in the ISL by a new franchise based in Toronto, Canada. That brings the number of clubs that will compete in the 2020-2021 season to 10 alongside Aqua Centurions, Energy Standard, Iron and London Roar in Europe and Cali Condors, DC Trident, LA Current and NY Breakers in the U.S.

ISL Founder Konstantin Grigorishin said, ‘The International Swimming League must be a truly global one but our development needs to be sustainable, so we are delighted that we are able to announce that one of our two new clubs for next season will be in Tokyo – the global capital of sport in 2020. Japan is one of the world’s leading swimming nations with a large fanbase so we expect to see a very competitive team be developed there and many fans excited to learn of our plans.’’

Energy Standard’s Daiya Seto is the sole Japanese swimmer in ISL’s inaugural season. He set an incredible World Record in the 400m Individual Medley in the Grand Final in Las Vegas on Friday – a match streamed live in Japan on DAZN.

The 2020-2021 season of the ISL is scheduled to run from September to April with 27 matches taking place, including regular season, playoffs and the Grand Final. More details will follow in the New Year.