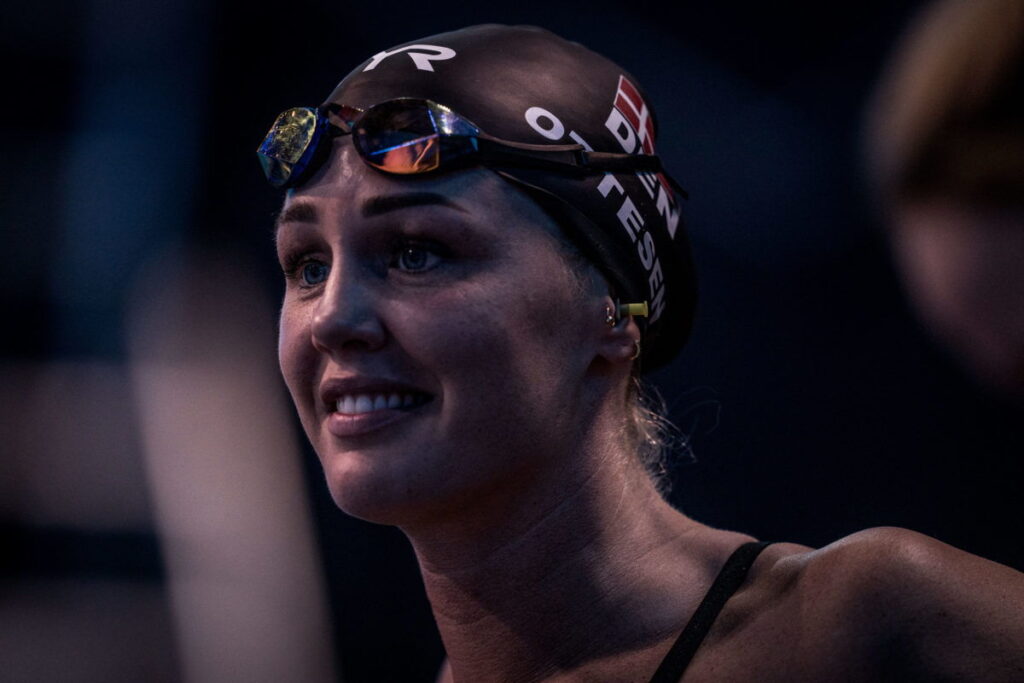 The timing of the International Swimming League’s inaugural season has been perfect for a younger generation of athletes seeking to establish their professional careers. Whether it’s the American athlete coming out of college, or the international swimmer looking to establish themselves on the world stage, the league has acted as a launchpad for their careers as a professional.

However, for some of the more experienced swimmers, the ISL has perhaps provided something different. It’s brought a level of excitement, a spark, that had been missing for years.

“The ISL has punched an exciting hole in the world of swimming and has created a spectacle for the masses,” said the London Roar’s Jeanette Ottesen, a four-time Danish Olympian who has been competing at the sport’s highest level for 15 years.

“It makes the sport of swimming exciting and showcases our skills all around the world.”

Ottesen has had an illustrious career, including a pair of Long Course World Championship titles in the women’s 100 freestyle (2011) and the 50 butterfly (2013), and then in 2016, she won an Olympic bronze medal in the 4×100 medley relay.

After that, she took some time away from the sport to give birth. Though she knew it would be difficult to get back to her previous form, a return was always in her plans.

“After getting pregnant, I felt that I wanted to continue my career where I left off,” said the 31-year-old. “Realistically, I knew that it would take hard work and a shift in my mindset to pull it off. Before I had Billie-Mai (her daughter) I was world champion, and to get (back) to that level, some thought would be impossible. But I only saw it as a challenge.”

And while she always knew she wanted to be back in the water, the ISL added a bit of extra incentive.

“After giving birth I had caught wind of the ISL and it sounded very exciting,” she said. “I wouldn’t say that it impacted the decision, but I will say that it made the comeback much more interesting and helped fuel my motivation.”

Now with three matches under her belt this season, the 12-time Short Course World Championship medalist has shown that she’s well on her way to the top. Ottesen has proven to be a reliable asset on the Roar relays, and then in her individual debut at the European-derby in London, she finished third in the 50 fly. The time was her fastest in three years.

“The 50 fly is definitely a fun race, but I wouldn’t say it’s my sole focus for the season,” she added, acknowledging she’ll be relied upon on the freestyle relays. “In short course I’ve always been better known for my fly events, and with the ISL now showcasing the world’s best swimmers, I love having the opportunity to be able to battle with these guys from all around the world.”

Ottesen has seen the London Roar become a tight-knit squad in their short time together, and believes that’s one of the keys as to why they’ve been so successful.

“I’ve had an amazing experience getting to know the rest of the London Roar team,” she said. “We are all very accepting and excited to get to know each other’s backgrounds and cultures and come together as a unit to outperform anyone we face.”

“We support each other 110% and give everything we have each time we step behind the blocks. We have become the strongest force to be reckoned with in the ISL and that’s because we have faith in each other’s abilities.”

And with the League Final in Las Vegas on the horizon, she thinks that, as long as they keep their eye on the prize, they’ll be fine.

“To win the final in Vegas, the London Roar team have to bring what we learnt in the last three rounds of the ISL and keep the positive team structure that has been our pillar,” she said.

“We have to keep the final as our prime focus and not let the bright lights of Vegas distract us from the task at hand. We have all the right tools to walk away the victors.”

And moving forward in her career, the league has made her rethink how long she wants to stay in the pool.

“I always thought that I’d step away from the sport after 2020, but the introduction of the ISL has rekindled a love for the sport,” she said. “To be able to feel part of a family and proudly compete for London Roar has definitely made me think that this might be my calling post-2020 in the world of competitive swimming.”