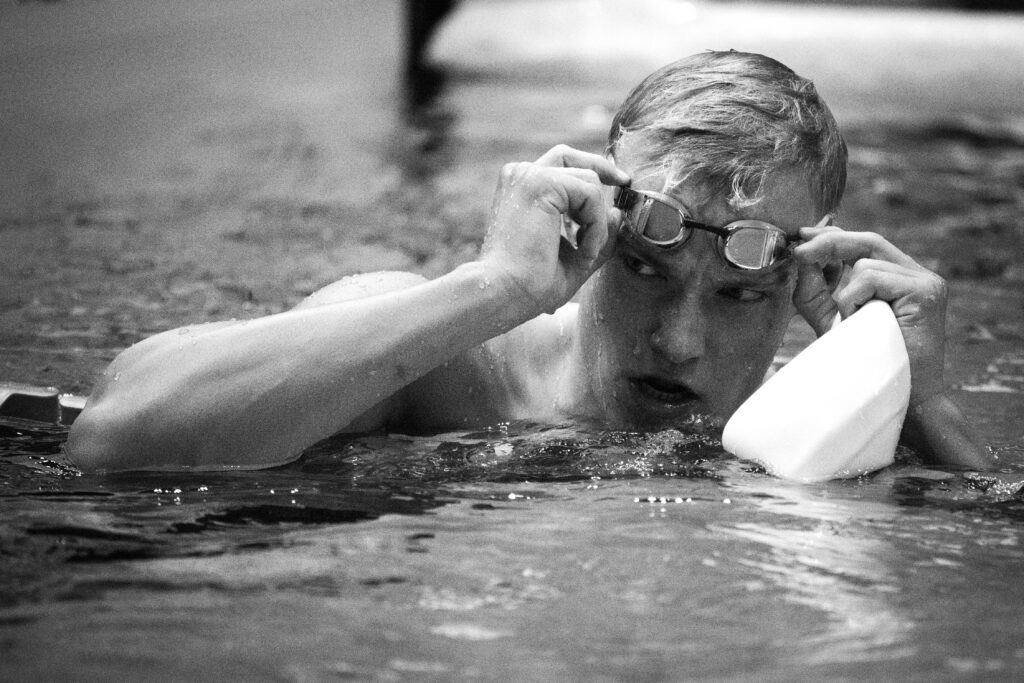 In the International Swimming League, versatility is key. Having athletes on your club who can contribute in different strokes, distances, and on the relays is one of the most important factors for success in the standings.

And while it is fairly common to have a swimmer who can sprint two strokes well, it is rare to have someone competitive in all four, and over any distance.

That’s what the LA Current have in Andrew Seliskar, the 23-year-old American who has proven to be quite the valuable commodity in the ISL.

Over the course of his first two matches, Seliskar raced a total of nine individual events, winning four, and contributing 54 points for the Current.

The three-time individual NCAA champion relishes his role on the club as the guy who can swim any race, anytime, anywhere.

“Every athlete on the roster plays a unique role in maximizing points-per-swimmer in the event lineup,” he said. “I see myself as the ‘flex’ option for the LA Current as someone who can race competitively across all four strokes, and in back-to-back events.”

This high volume of events Seliskar has been competing in has included an incredibly tough double on Day 2 of the matches, where he has the 400 freestyle and 200 individual medley less than 20 minutes apart. Despite this, he’s managed to win the latter event both times.

“This role gives me a fantastic opportunity to step up and contribute for the team, and train my overall capacity as a professional. Regardless of event, distance or circumstance, when I suit up for the team, I am ready to compete and get my hand on the wall first.”

Like many of the American athletes in the ISL, Seliskar only graduated from college and turned pro this year. The former Cal Bear has exceptional underwater skills, developed from years of racing in high school and collegiately in the US, and believes being accustomed to the small pool is something that gives him an edge over some of his competitors.

“Being an athlete competing with the LA Current has given me my first real opportunity to race consistently in short course meters,” he said. “Coming fresh out of my college career at UC Berkeley, I have a ton of experience and momentum racing in a 25-yard pool. This is something that I feel really plays to my advantage racing in the ISL format that is very similar to a classic college dual meet.”

“In Dallas and Budapest I was able to combine skills and details from the 25-yard pool, with the rhythm and pacing of a meters race. This is a strategy that I am looking forward to advancing and perfecting throughout the remainder of the season.”

Moving forward to the upcoming US-derby match in Maryland, which will feature all four American-based clubs going head-to-head for the first time, the LA Current have put themselves in a good position. They’re second in the US standings, trailing only the Cali Condors, and the top two will advance to the Grand Final in Las Vegas.

The experience LA has, both from their athletes and coaching staff, is something Seliskar thinks could set them apart as we move into the latter half of the season.

“The Current have a leg up on the rest of the league solely from the community and culture that our club has already established,” he said. “Our coaching staff is top notch. The wisdom and experience brought in by coach Jack Roach is something that I am very thankful for, and look forward to whenever I am travelling with the team.”

“This, coupled with veteran swimmers like Nathan Adrian and Matt Grevers on the roster, has really set us up for success. Being able to suit up alongside multi-time Olympic gold medalists is both inspiring and motivating, and has me excited to keep racing for this team to the Final.”

And for Seliskar personally, he’s especially excited to race in Maryland as it’s close to home.

“The US-derby is something that I have been looking forward to all season,” he said. “Having grown up competing in Northern Virginia, the derby feels like a “home” meet for me.”

“Any chance I have to compete with the fastest Americans is something I take seriously, and I look forward to racing against the other US teams, specifically the Cali Condors. It should be a tight team battle in Maryland, but I am confident that our club can punch our ticket to Las Vegas, and that the LA Current will establish itself as the premier American franchise in swimming.”