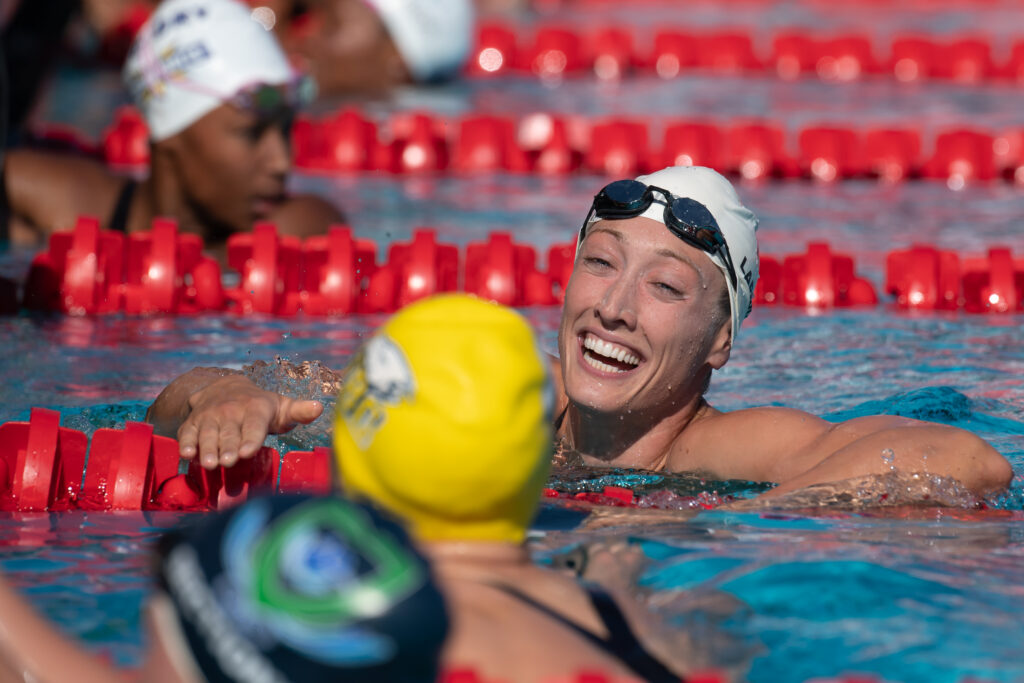 For many athletes, the launch of the new International Swimming League makes the idea of extending their career a viable option, but for Breeja Larson it has helped revitalize one that was nearly over.

Larson, a member of the NY Breakers, broke out to make the US Olympic team in 2012 in the women’s 100 breaststroke, and would go on to win a gold medal in London in the 4×100 medley relay. But, after struggling for years to reach those same heights, Larson opted to take some time away from the sport.

“I was emotionally exhausted of not living up to my own expectations,” said the 27-year-old. “I had a long conversation with (five-time Olympic gold medalist) Aaron Peirsol and followed his advice to take six months off. During that time I took up a desk job and felt like I really lost my identity.”

Despite not enjoying life in the office, the former NCAA champion with Texas A&M was hesitant about returning to the sport to which she had dedicated much of her life.

“I was trying so hard to stay away from the swimming world because I was still pretty emotionally wounded from slowly moving down the ladder, fluctuating slightly, but never where I once was back in 2012,” she said.

However, Larson drew inspiration after seeing fellow 2012 Olympian Dana Vollmer manage a comeback, and opted to make her way back into the pool.

“I quit my job and started training full time with PSC (Phoenix Swim Club) Elite, and fell back in love with the sport. My teammates were incredible, my coach was brilliant, and I found new ways to get faster every day.”

Since getting back into it, the Arizona native has been finding success, including an upset win in her ISL debut race over world record holder Alia Atkinson in the 100 breast.

“I’ve always loved short course races, it was a pleasant surprise to swim that well,” she said.

And so far, as a whole, the league has blown her away.

“It has definitely exceeded expectations,” she said. “I heard it was going to be big and that it would emulate the NCAA dual meet experience, and I felt it was that and more.”

Larson has seen her NY Breakers club come together in short order, something that should help their performances in the water.

“I think one of the things that helped us bond was different activities like card games and team games,” she said. “It’s been really exciting to cheer for new teammates and get motivated by others performances. I saw a lot of growth from Dallas to Budapest, a lot of our races were more fine-tuned, and the cheering from the team boxes increased. That really helped team morale.”

Individually, after taking on Atkinson in her first two matches, Larson is anticipating matching up against two familiar American foes in the US-derby meet in College Park.