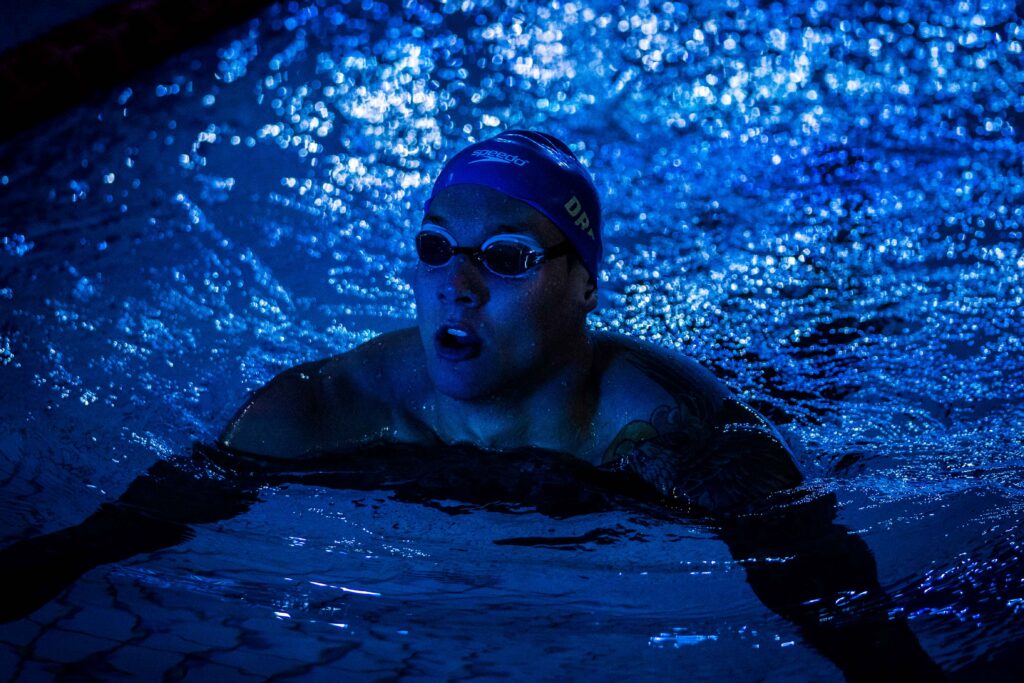 The 23-year-old swimming star had a near-perfect debut to his ISL career, winning 3 of the 4 individual events he entered: the 50 free, 100 free, and 50 fly. The only blemish on his Naples performance came in the 100 fly, which Chad le Clos won for the second-straight match by just .01 seconds ahead of Dressel: the smallest measured amount in swimming.

Dressel picked up big bonus points as the winner of the elimination-style skins race where his competitors faded in the 2nd and 3rd rounds of 50 freestyles, all jammed into a jaw-dropping 10-minute window. Dressel kept his speed almost equal throughout and cruised to a win in the final round, using his world’s-best start to win by 3 meters.

In spite of his prodigious individual effort, post-meet, Dressel was focused fully on his club, the Cali Condors, who finished 2nd in the meet, 2.5 points behind Energy Standard.

“I mean, I’d much rather have a team title than MVP, 100 percent of the time,” Dressel said after the meet. “It definitely stings, but it’s cool, there’s already started to be rivalries developing. Of course, friendly rivalries. I respect everyone on that team, but I would’ve liked to win the meet. And it was so close which is what makes it hurt a little bit more.”

For his efforts as the meet MVP, Dressel will receive a $5,000 bonus, as will the MVP – male or female – at each of the regular-season matches in 2019.